Black Comix Returns Part 1 of Many 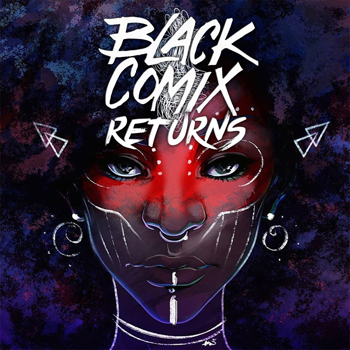 What I love best about this book is that of the just under 100 comic creators mentioned, I only know about 20%. That's about 80 new creators and their work for me to find, explore, and present, to you. Hopefully along the journey, I'm able to find and add to the list, so that more voices from people of color are seen, heard, and celebrated.

I've already purchased several books just from the work being featured in BCR and they will be featured starting in Part 5 of this series. The remainder of Part 1 as well as Parts 2, 3, and 4 will be focused on the creators whose work I'm already familiar with.

I'm starting with Jamal, Keith, Jamar, and Kwanza because I have relationships with them. These are guys that I've known for years, hung out with at conventions, and/or have worked with in some fashion over the years. I have deep respect of all four of these guys, and readily support them and their work. 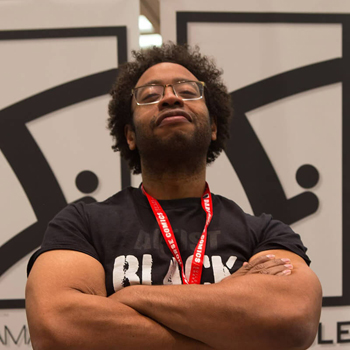 Jamal Igle
Website | Facebook | Twitter | Instagram
Jamal and I crossed paths many years ago on the convention circuit. I'm not sure when or where. I've known him for a long time and I've been familiar with his work for even longer. He's been most closely associated with his work at DC Comics where he had a long run pencilling Supergirl. Since he's left DC he created Molly Danger and worked with Kwanza Osajyefo (below) on Black. 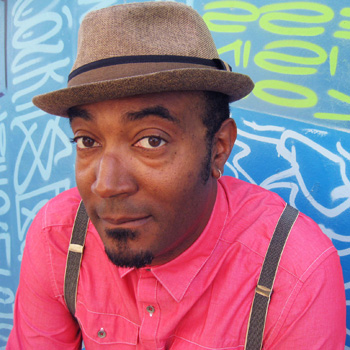 Keith Knight
Website | Facebook | Twitter | Patreon
I first met Keith Knight, the Gentleman Cartoonist, around 2000 at an SPX. Back then he still had dreads, was living on the West Coast, and was primarily working on the K Chronicles. Since that time, he's moved to Chapel Hill, which is in my back yard, and I see him about once a month. He travels regularly doing presentations of his public brutality comic strips and speaking out against police brutality (They Shoot Black People, Don't They). In addition to the K Chronicles, he draws Th(ink) and the Knight Life. 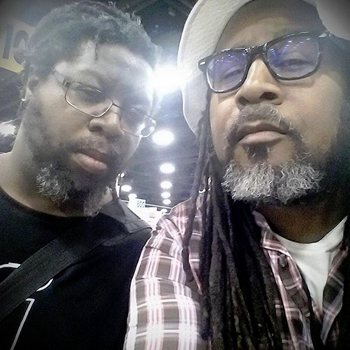 Jamar Nicholas
Website | Facebook | Twitter | Instagram
I first met Jamar at the same SPX that I first met Keith Knight. During that SPX, I manned his table for a bit while he was getting something to eat and ever since, we have been constantly confused for one another. I first became familiar with Jamar from his Jamar Chronicles comic book and then Detective Boogaloo from Kevin Smith's MoviePoopShot.com website. Jamar won three Glyph Comics Awards (Rising Star, Story of the Year, and Best Male Character) for his graphic novel adaptation of Geoffrey Canada's Fist Stick Knife Gun. Most recently, Jamar was involved in Volume 1 of the Mike Wieringo Tellos Tribute and his creator-owned, Leon: Protector of the Playground graphic novel. 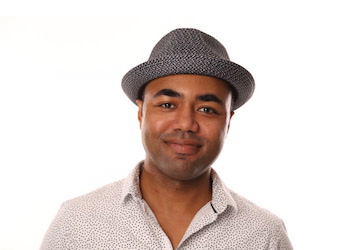 Kwanza Osajyefo
Website | Facebook | Twitter | Instagram
I first learned of Kwanza via Zuda Comics. He was the editor of that DC Comics digital imprint. I had submitted Thomas: Agent of Chaos as one of the many Zuda projects. It was accepted to be part of the January 2008 competition, and that began my association with Kwanza. Zuda Comics lasted for about one year after that. Kwanza returned with the Kickstarter driven, Black. Black is a story written by Kwanza and illustrated by Jamal Igle. The high concept of Black is what if a small percentage of black people were the only people in the world with super powers. It raised $100,000 on Kickstarter and is now available in book stores everywhere.