Captain America #700
Page 5 Marvel Previews $5.99 Marvel
To celebrate 700 issues of Captain America, Marvel is freezing him and sending him into the future to rebuild civilization and rule as … King Captain America? This is Chris Samnee’s last issue of Captain America, but Mark Waid continues beyond issue 700 as the writer in the new story setting. Looking ahead there will be interior art by Adam Hughes, Chris Sprouse, and Howard Chaykin.

Spider-Man: Kraven’s Last Hunt – Deluxe Edition HC
Page 85 Marvel Previews $39.99 Marvel
I already own the previous version of the Kraven’s Last Hunt hardcover. I believe it was part of Marvel’s Premiere Hardcover branded books. That collection collected the issues containing the main story line and penciled art by Mike Zeck. It was around 160 pages. This new collection is 400 pages, which includes the main story as well as related stories from eight other comics. Kraven’s Last Hunt is one of my favorite story lines and Kraven the Hunter is one of my favorite Spidey villains. I’m looking forward to adding this to my reading pile and adding the previous hardcover to my lending stack. 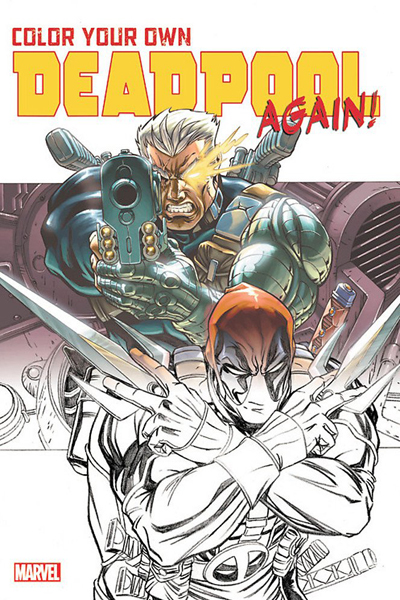 Moebius Library: Inside Moebius Part 2 HC
Page 62 Previews $39.99 Dark Horse
Moebius (Jean Giruad) was a master of the comic book medium. His work crosses multiple genres. I already have the Edena collections of the Moebius Library, so I’ll continue purchasing this series of books (as well as continuing my French studies).

Empowered & Sistah Spooky’s High School Hell #5 (of 6)
Page 71 Previews $3.99 Dark Horse
Empowered and the Soldier of Love
Page 71 Previews $17.99 Dark Horse
The Sistah Spooky Empowered series continues its march toward a collection as the most recent mini series (Soldier of Love) is collected. I’m a fan of Adam Warren’s writing and art, so I’m looking forward to the next Empowered graphic novel drawn by him.

Astro City #52
Page 149 Previews $3.99 DC Comics/ Vertigo
This is the final issue of the Astro City series. This series is transitioning from single issue comics to graphic novel format. OGNs are my preferred method of reading comics, so I hope that this doesn’t mean less support for Astro City stories. 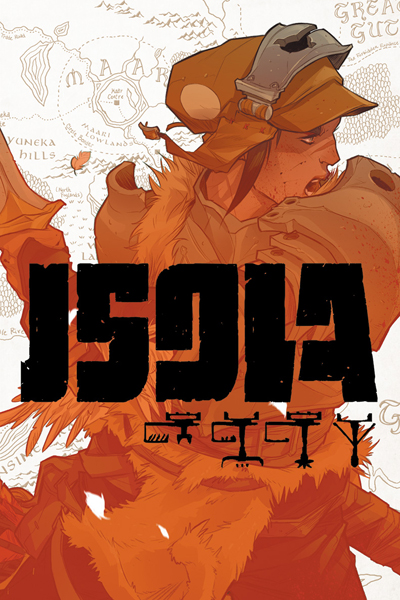 Isola #1
Page 200 Previews $3.99 Image Comics
Karl Kerschl really caught my attention with his web comic work on The Abominable Charles Christopher. His art and the coloring by Msassyk invokes the look from Studio Ghibli films such as Princess Monoke.

Fear Agent: Final Edition, Vol. 1 TP
Page 209 Previews $19.99 Image Comics
I followed this series during it’s original run at Image and it saddens me to admit that I don’t have the Library Editions. The second volume of the library edition is now hard to find and well beyond the price that I’m willing to pay for it. I’m glad to see Fear Agent back on the shelves in a format that I can afford. 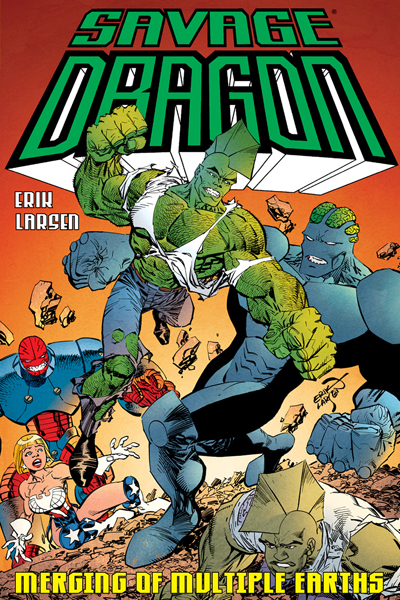 Savage Dragon: Merging of Multiple Earths TP
Page 240 Previews $19.99 Image Comics
The most recent completed Savage Dragon story arc has Dragon in jail, Malcolm as a cop, and President Trump. The end of the story arc established the new status quo for the book. The greatest thing about this book is that the characters change over time. As long as Larsen is working on this title, I’ll be buying it.


Cerebus Volume 10: Minds TP (Remastered Edition)
Page 256 Previews $30.00 Aardvark-Vanaheim
Strangers in Paradise XXV #3
Page 256 Previews $3.99 Abstract Studios
Motor Girl Volume 2: No Man Left behind TP
Page 256 Previews $15.99 Abstract Studios
This page features most of the long time indie creators that I will always follow. I love that these projects are also black and white. The Cerebus remasters look great and I’m glad to see them continue to hit the shelf. Terry Moore is back collecting the recent completed Motor Girl and is continuing Strangers in Paradise in it’s 25th year. 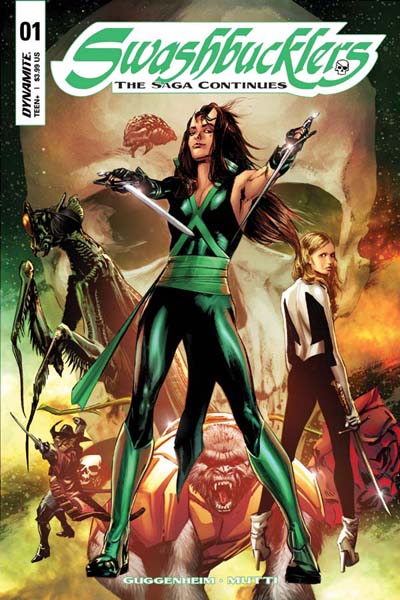 Swashbucklers: The Saga Continues
Page 338 Previews $3.99 Dynamite
The release of this sequel series in April gives me about a month to read the Kickstarter collected edition of Swords of the Swashbuckler. The interior art by Andrea Mutti looks good, so I hope the story lives up to the original.