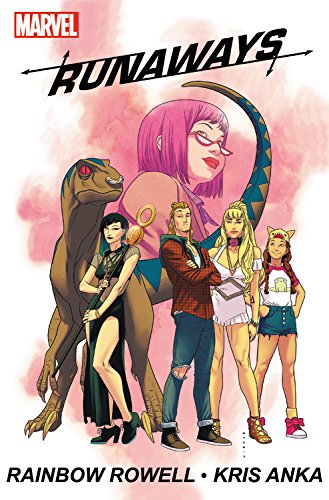 I absolutely hate collections that are labelled with the just the name of the artist or the writer. Hate them! They imply that one creator is more important than the others. I usually avoid them. However, I've always collected Runaways collections in the past, and the Runaways series on Hulu has renewed my interest in the series. I'm not certain if that is enough to overcome my hatred of single creator brand collections. If this was Walter Simonson's Thor, or John Byrne's Fantastic Four, or a creator-owned book, or even a lengthy renowned run (like Peter David's Hulk or Larry Hama's GI Joe), then I would likely be more willing to overlook this. Rowell is being singled out purely as a marketing ploy because she has an audience outside of comics. I understand that the Direct Market needs to grow but I find it very difficult to award such efforts with my dollars. This collection will be on its way in April, so I have a few more months before I'll have to make this decision.

Empowered & Sistah Spooky's High School Hell #4 of 5
Page 73 Previews $3.99 Dark Horse
The Empowered series has come a long way from the fetish material that prompted the series. Adam Warren writes and draws the main series of graphic novels. This mini series is written by Warren and drawn by Carla Speed McNeil. It fleshes out Sistah Spooky, and provides her with the additional depth that has been hinted at in the main Empowered series. I'll be waiting for the collection edition of this series.

Bug!: The Adventures of Forager TP
Page 139 Previews $16.99 DC
Mike Allred art and story (with Lee Allred) is usually enough to get to buy a comic. Adding Jack Kirby's Fourth World to the mix makes this a must read for me. 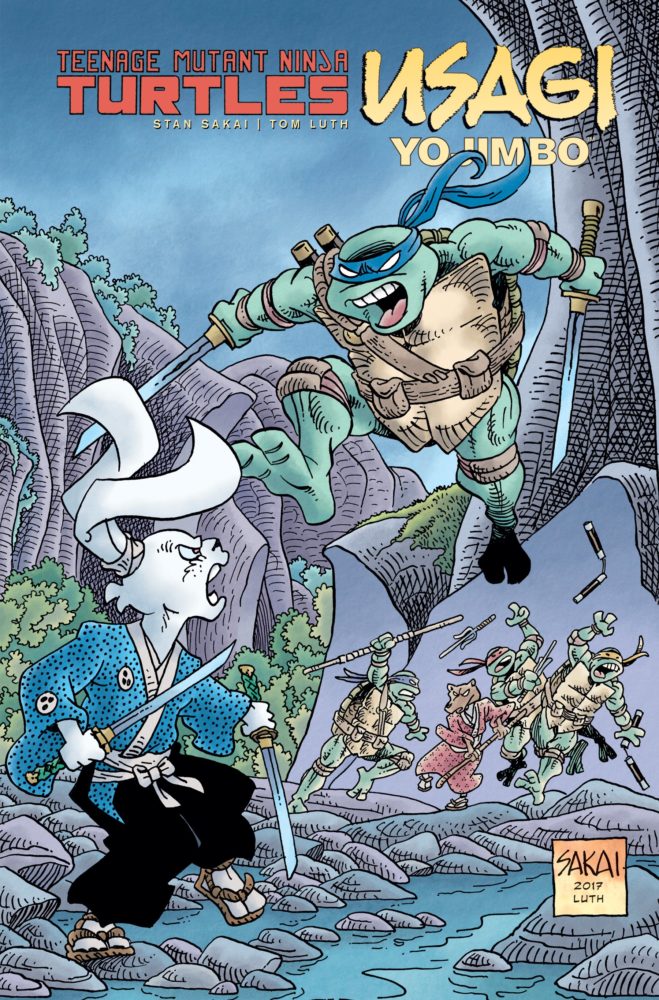 Teenage Mutant Ninja Turtles/ Usagi Yojimbo: Expanded Edition
Page 178 Previews $17.99 IDW
TMNT, Usagi Yojimbo, and Creed... those are the black and white comics of my youth. Reprints of these stories are pure nostalgia. Stan Sakai is an amazing cartoonist, and is one of the very few creators from the large publishers that writes, draws, and letters his own book.

Oblivion Song #1
Page 206 Previews $3.99 Image
I like most of the stuff that Robert Kirkman writes, but the selling points for me are the post-apocalyptic Hellscape setting, and the sophisticated simplicity of the art (featured in the Image+ magazine). I'll check out this first issue and decide if I'll continue to buy the singles, wait for the collected editions, or just not continue at all.

Black Science Premiere Vol 1: Remastered Edition HC
Page 224 Previews $49.99 Image
I read the first TPB a few weeks ago while travelling. This hardcover reprints the first three story arcs. The art is beautiful and the story is engrossing. Based on the first TPB, I'll be getting this hardcover and the second already released hardcover as well. The primary reason for this remastered volume of the hardcover seems to stem from having binding issues, so I'm hoping that this new one doesn't have those problems.

Elephantmen 2260, Book 6 TP
Page 230 Previews $17.99 Image
Collects Elephantmen 72, 77-80
I loved the original Elephantmen hardcovers, but they ceased Volume 6 collection issues 40-49. I haven't read an Elephantmen story since, so it's time to catch up. Elephantmen 2260 picks up where my hardcovers left off, so by the time Book 6 hits the stands, I hope to have read Books 1-5.


Slots #6
Page 247 Previews $3.99 Image
I purchased the first issue for Dan Panosian's art. I was hooked on the story and bought the second issues and then the third. I've committed myself to buying this entire series in singles. This is the last issue of this series, so hopefully there's a nice collected hardcover of it coming soon.

Spawn #284
Page 248 Previews $2.99 Image
Jason Alexander's art has me wanting to read Spawn again. I purchased the first issue of his run and I hope this run is collected, so that I can put it on my shelf. 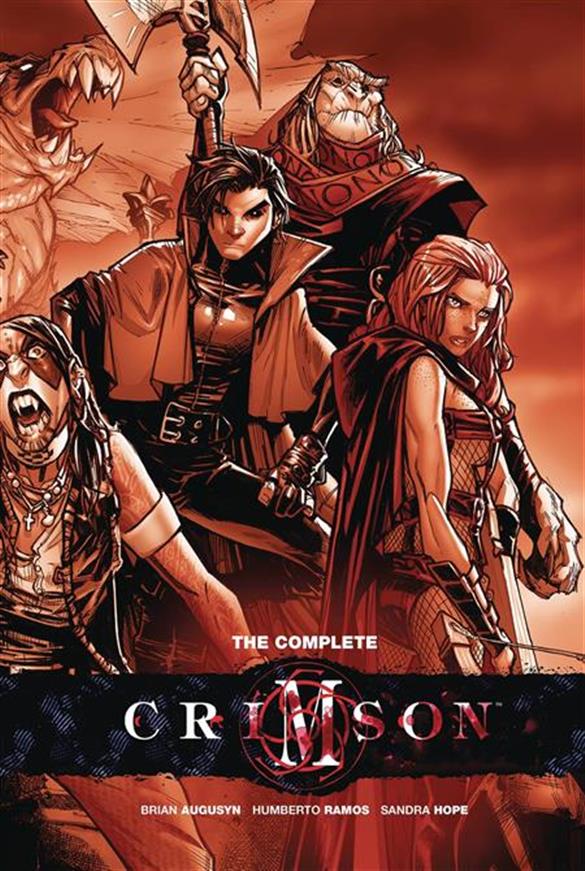 The Complete Crimson HC
Page 319 Previews $125.00 Boom! Studios
When the Cliffhanger books were announce, the line included Danger Girls by J Scott Campbell, Battlechasers by Joe Madieura, and Crimson by Humberto Ramos. This was the Cliffhanger book that I had the lowest expectations for, but it was the timeliest of the original series, ran a full 24 issues, and ended up being the series that I liked the most. The collection is all 24 issues plus the sourcebook and Scarlett X one shot. Man! Oh man! I hate large books like this. It's 640 pages and  $125, but right now you can get it on Amazon for $29.99. I pre-ordered this on Amazon. And the Amazon pre-order guarantee means that this is the most that I will pay for this $125 book.

Oh Joy Sex Toy Vol 1
Page 403 Previews $29.99 Oni Press
I've been following Erika Moen since she appeared on Penny Arcade's reality TV show, Strip Search. Immediately after the show, she began work on Oh Joy Sex Toy and has four Kickstarter collections of the work. The comic is created by Moen and her husband (Matthew Nolan) and about sex, sexuality, sex education, safe sex practices, and much more. This is the first year of strips, but there is much much more at ohjoysextoy.com.
TAGS : Battle Angel Alita|Crimson|Elephantmen|Empowered|Erika Moen|Invincible|Jason Shawn Alexander|Kamandi|Mike Allred|Oblivion Song|Previews|Rainbow Rowell|Savage Dragon|Skottie Young|Slots|Terry Moore|TMNT|Usagi Yojimbo