Welcome to My Madness

Comics have fascinated L Jamal Walton ever since he walked into an old country store just outside of Vanceboro, NC and bought his first comic. He drew his first art story at the age of 12 and self-published his first comic “Madness” before graduating from high school.

He has lived in Durham, NC since 1993 where he continues to make comics both for himself and for other artists. He is a web and graphic designer, illustrator, and artist. He has worked on all sizes of projects – from self-publishing Madness to gray scaling a few issues of Tales of the Teenage Mutant Ninja Turtles to currently working on three comics for Edgar Rice Burroughs. His creator-owned comic book projects include: Captain Evil and Diabla; The Adventures of Ninjareen; Ungoodwise; and Warmageddon.

In the last few years, Jamal has expanded his portfolio and has started expressing himself through pop art. His comic and pop art solo exhibits have been displayed at several galleries and shows throughout the Research Triangle Park.

As an artist, he often finds it difficult to explain his work. He seeks to convince the viewer of how he interprets his subjects, but leaves the final “story” up to the observer. He defines his work as a balance between an attempt to master a technique, the opinion that he needs to express and the emotional reaction of the person looking at it.

Inspiration for Jamal’s art can happen at any time and in any place. He does not want to be confined to one subject area, preferring to vary his projects and mediums. When he makes something, there are three ingredients: the media used, himself (the other medium), and the mystery of the art itself, which he wants to push forth their own stories.

He’s inspired by a variety of sources, both inside and outside of comics. Basquiat is one of his most iconic inspirations and Trent Kanuiga is another because of his style. He has used Kirby dots in some of his work for energy blasts and design elements to honor Jack Kirby. 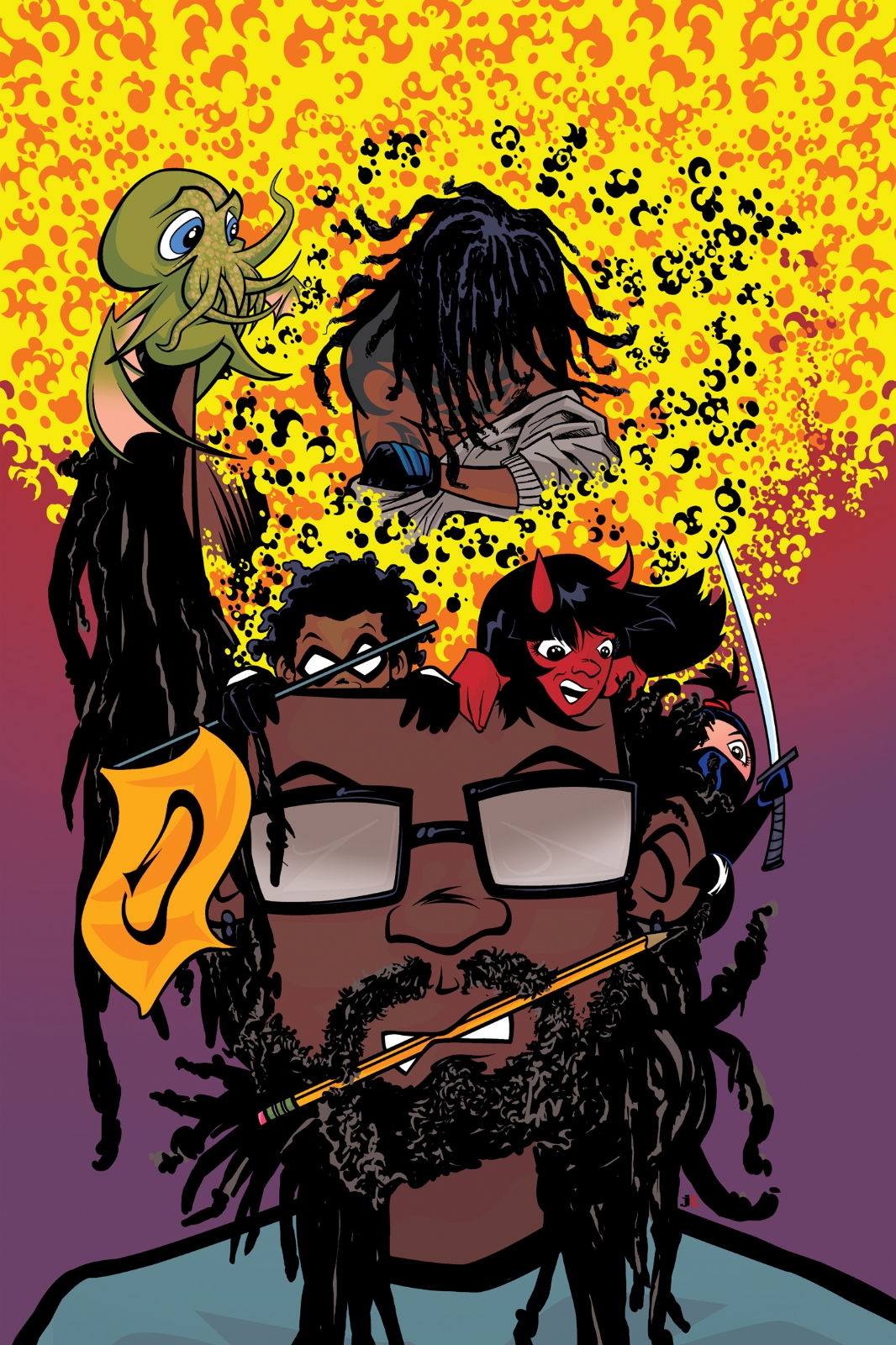